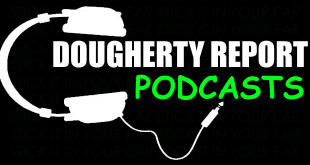 Boulder is the home of a stretch of land called “open space” or public lands used by different farmers (with permission) to grow crops. Who do you think is using the “open space” right now? We asked Joel Dyer, Editor of the Boulder Weekly to give us the lowdown in an interview we broadcast this week. (Paul Danish, Columnist at the Boulder Weekly appeared previously on Food Nation Radio Network. A portion of his interview is also included in this audio.) FNRN Highlight – Joel Dyer of Boulder Weekly

Joel Dyer has a long history as an accomplished journalist. According to the Boulder Weekly, “Dyer, whose work has appeared in national publications such as The New York Times Sunday Magazine, Vanity Fair, U.S. News & World Report and Mother Jones, is also the author of two books: Harvest Of Rage: Why Oklahoma City Is Only The Beginning andPerpetual Prisoner Machine: How America Profits From Crime.

His investigative reporting has landed him in the national spotlight on news programs like The Today Show, Nightline, Good Morning America, ABC, NBC and CBS nightly newscasts, 48 Hours and The Editors. He was called to testify before the Senate Subcommittee on Terrorism in 1996 and has won numerous journalism awards.”

Almost every talk show host has the dream of national syndication, Elizabeth Dougherty has accomplished it.  This Bishop Moore High School and NYIT grad grew up listening to Orlando radio and now hosts her own syndicated show "The Dougherty Report."  In 2010, Dougherty created the "Florida Favors Radio Show” and "Food Nation Radio Network" to talk about food, restaurants, trends and evolving food safety policies. Sensing the need to cover more relevant subjects, she changed the name and focus of the program to “The Dougherty Report” and developed an entertaining yet informative show that discusses social issues and public policy.  The show is about people, not politics, and Dougherty breaks down for listeners the collusion between government and big business versus the average citizen.  Having spent years among representatives on Capitol Hill, networking in one of the most private business clubs in D.C. and a former member of Reagan's Presidential Roundtable, Elizabeth brings an insider perspective to share with her audience on "The Dougherty Report."
Previous Fourth of July 2012
Next Morgellons Disease