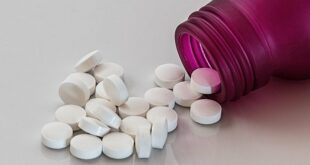 Attorney Todd Fisher of the Fisher Law Group in Tampa appeared on The Dougherty Report to clarify the differences between this case and the Trayvon Martin case, and to explain how this case might move forward.

(WTSP-TV) CLEARWATER, Fla. — Following weeks of national debate, protests and calls for a federal investigation, the Florida State Attorney’s Office has filed a criminal charge in the fatal Clearwater shooting that sparked debate over whether or not the state’s controversial “stand your ground” law should apply. Michael Drejka, 48, is charged with first-degree manslaughter in the shooting death of Markeis McGlockton, 28, following an argument over a parking space on July 19 outside the Circle A convenience store.
Drejka was booked in the Pinellas County jail, and his bond was set at $100,000.

“I support the State Attorney’s decision and will have no further comment as the case continues to work its way through the criminal justice system,” Pinellas County Sheriff Bob Gualtieri said in a statement.

The Pinellas County Sheriff’s Office had declined to arrest Drejka, saying it was a case covered by Florida’s “stand your ground” law. The controversial law allows a person to use deadly force if they think they’re about to face, “imminent death or great bodily harm.”

Michael Drejka is charged with manslaughter after the deadly Clearwater shooting over a parking space that renewed a debate over Florida’s “stand your ground” law.

Deputies gave the case to the State Attorney’s Office, which decided a charge was necessary.

“On behalf of the family of Markeis McGlockton, I commend the office of State Attorney Bernie McCabe for charging Michael Drejka with manslaughter for his cold-blooded actions,” Clearwater Attorney Michele Rayner, who represents McGlockton’s parents, said. “This is a big step forward in the direction of justice, not only for Markeis’ family but also for society as a whole.”

“The announcement that Michael Drejka will be charged with manslaughter provides our family with a small measure of comfort in our time of profound mourning. While this decision cannot bring back our partner, our son, our father, we take solace in knowing our voices are being heard as we work for justice. This man killed Markeis in cold blood, without a second thought about the devastating impact his actions would have on our family, but this charge gives us a measure of hope that the truth will win and justice will prevail in the end.”

Elizabeth Dougherty has been cooking and writing about food intensively for more than ten years. She is the fourth generation of chefs and gourmet grocers in her family with her mother, Francesca Esposito and grandmother, Carmella being major influences in her early cooking years. As a teenager, her family sent her to Europe where she became focused on French and Italian cuisine. She survived a year and half of culinary tutelage under a maniacal Swiss-German chef and is a graduate of NYIT, Magna Cum Laude with a Bachelor’s degree in Hospitality, Business and Labor Relations. Food Nation Radio has won two news awards for content. Broadcasting LIVE each week, nationwide, on FoodNationRadio.com and on stations around the country.
Previous HABITAT FOR HUMANITY STRIKES AGAIN
Next ARE ANTIDEPRESSANTS A PRESCRIPTION FOR MASS SHOOTINGS?