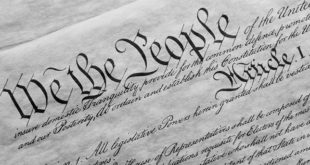 I’ve ranted about it on the show a few times, now I want to put it in writing:  I think Abraham Lincoln is VASTLY overrated as an American President.

Since we don’t teach history any longer, it’s historians who have been able to create this here status for Lincoln as one of the top presidents. If we were to judge Lincoln by today’s standards, (instead of the sympathetic post-assassination era where all this nonsense started) we would see Abe in a whole new light.  In his day, Lincoln policies and his execution of the war were not very well liked by the public.  If there had been “Pubic Opinion Polls” Lincoln may well have only scored in the mid twenties… at best!  Truth is, historians are ignoring several key FACTS from Lincoln’s one term in office.

Please don’t take my word for it… read for yourself about:

(1) The federal seizure of two newspapers (New York World and New York Journal of Commerce) and the prison terms served by the editors for publishing “Fake News.”

(2) Clement Vallandigham, an anti-war Ohio Democrat, was tried and even exiled to the south for simply speaking his mind against the war. Can you imagine what would happen if President Trump orchestrated the trial, conviction and then an exile of Rep. Maxine Waters?

(3) Two months after his inauguration, Lincoln bypassed congress and suspended the Writ of Habeas Corpus, one of the fundamentals of American law! What started out as a way to roundup and punish draft-dodgers, became the way war protesters could be jailed without evidence.  This makes Obama’s use of a “phone and a pen” look like child’s play.

(4) When the war began, the most talented members of the United States military decided to stand by their home state (think Robert E. Lee and Stonewall Jackson) leaving Lincoln with not much to fight with. Lincoln made matters worse by promoting the worst of the worst (Hooker & Burnside) to lead his armies, ultimately leading the deaths of 620,000 men. (By comparison the US lost 644,000 fighters in ALL other US wars COMBINED!)

(5) Lincoln’s role as “The Great Emancipator” is total hogwash!  In his first Inaugural Address, Lincoln made it clear how he felt about slaves and the institution of slavery: “I have no purpose, directly or indirectly, to interfere with the institution of slavery in the States where it exists. I believe I have no lawful right to do so, and I have no inclination to do so.” In 1862, AFTER it started looking more clear that the Union would defeat the South that Lincoln had a change of heart.  Union General named David Hunter had taken control of parts of three southern states and declared that all slaves should be freed. Lincoln didn’t like that and reversed those orders so that HE would go down in history as the Great Emancipator.   Want more evidence that “Father Abraham” (as he has been called) was on the wrong side of the issue of slavery?  Read on!

(6) Lincoln openly supported the Fugitive Slave Act (it was part of his campaign platform) that required citizens to return runaway slaves back to their owners in the south.

(7) Lincoln created Camp Douglas, a horrific POW camp located in what is now the south side of Chicago where thousands of soldiers were abused and died.

(8) The Revenue Act of 1861. Abe wasn’t after pennies, he needed greenbacks, and a lot of them so he pushed congress to pass the first tax on incomes in American history. It wasn’t enough, so in 1862 he went back to congress and asked for MORE!  Congress ultimately created the IRS in 1862 and that beast lives on to this very day!

My contention is that Lincoln should NOT be revered by today’s conservative Republicans.  The cold hard truth is that Abraham Lincoln was little more than America’s first moderate “RINO” POTUS and his wishy-washy nature and lack of decisiveness led to the war itself!

One fact is NEVER discussed…the plantation owners (and slave owners) and their representatives in Congress were overwhelmingly all Democrats.  It’s a FACT that’s conveniently swept under the rug of history.

History has a way of creating heroes and that’s what’s happened here.  The end of the Civil War followed immediately by Lincoln’s assassination created a historical hero status for Lincoln that he did not deserve.  Another way of looking at it, while the bullets of an assassin took Lincoln’s life, they also also gave life to America’s biggest LIE!

Elizabeth Dougherty has been cooking and writing about food intensively for more than ten years. She is the fourth generation of chefs and gourmet grocers in her family with her mother, Francesca Esposito and grandmother, Carmella being major influences in her early cooking years. As a teenager, her family sent her to Europe where she became focused on French and Italian cuisine. She survived a year and half of culinary tutelage under a maniacal Swiss-German chef and is a graduate of NYIT, Magna Cum Laude with a Bachelor’s degree in Hospitality, Business and Labor Relations. Food Nation Radio has won two news awards for content. Broadcasting LIVE each week, nationwide, on FoodNationRadio.com and on stations around the country.
Previous Laura Eisenhower Talks About Life on Mars
Next WHO WAITS UNTIL THEY’RE 65 TO GET THEIR BIRTH CERTIFICATE