HAVE THE FEDS BEEN LYING ABOUT OSAMA BIN LADEN?

Michael Serio May 1, 2017 9/11 Lies, Dougherty Report Archives Comments Off on HAVE THE FEDS BEEN LYING ABOUT OSAMA BIN LADEN? 421 Views 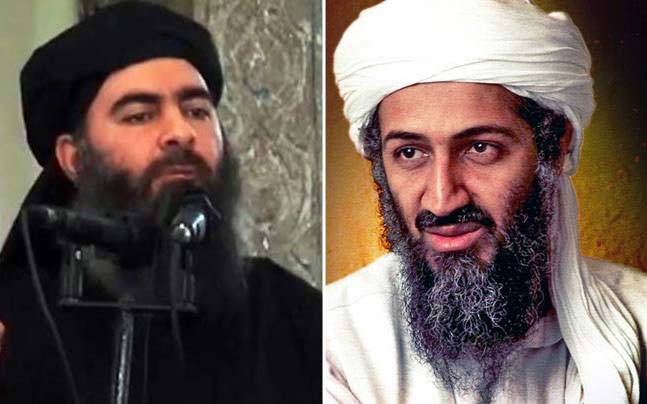 The world is still buzzing about the death of terrorist Abu Bakr al-Baghdadi at the hands of US forces, and many would say that al-Baghdadi was more of a threat to our security than Osama bin Laden.

If you’ll remember, on the night of 5/2/2011, then President Barack Obama strolled out in front of the cameras to tell the world that Osama bin Laden has been killed in a raid in Pakistan and then dumped ceremoniously at sea.

This is a FAR cry (no pun intended) from the way al Bagdadi met his maker.

BTW… The New York Times and Fox News each put out stories that bin Laden had died in Afghanistan way back in December of 2001!  In fact, the Fox News story from 12/26/01 is STILL available.  Frank Wuco, a friend of the show who now serves in the Trump Pentagon talks about what HE thinks happened to bin Laden.

Elizabeth Dougherty has been cooking and writing about food intensively for more than ten years. She is the fourth generation of chefs and gourmet grocers in her family with her mother, Francesca Esposito and grandmother, Carmella being major influences in her early cooking years. As a teenager, her family sent her to Europe where she became focused on French and Italian cuisine. She survived a year and half of culinary tutelage under a maniacal Swiss-German chef and is a graduate of NYIT, Magna Cum Laude with a Bachelor’s degree in Hospitality, Business and Labor Relations. Food Nation Radio has won two news awards for content. Broadcasting LIVE each week, nationwide, on FoodNationRadio.com and on stations around the country.
Previous CAN THIS “CRAZY FAT KID” DESTROY AMERICA?
Next PODCASTS – THE MASTER LIST